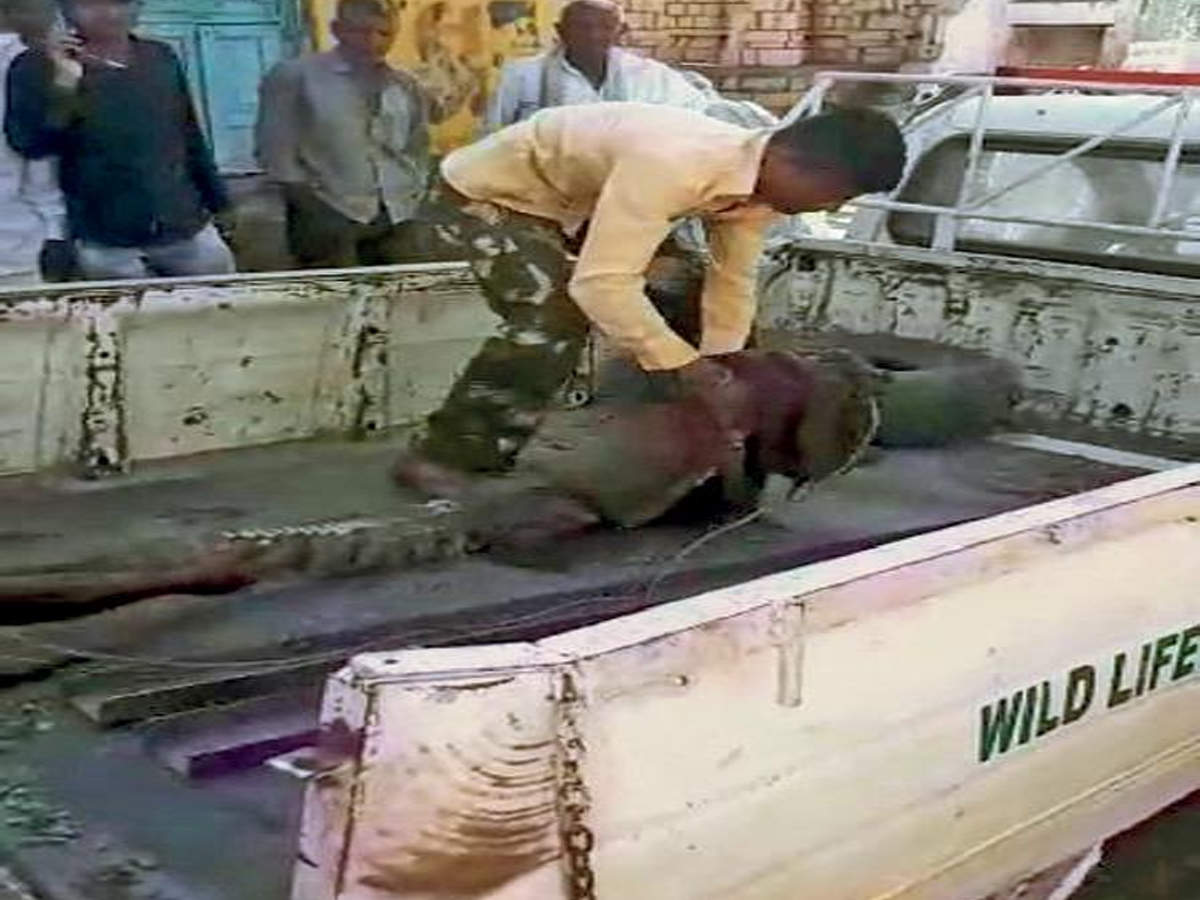 It took the forest department team about half-an-hour to rescue the reptileRAJKOT: The devotees at Harsidhi Mataji temple in Navagam of Kodinar taluka in Gir-Somnath district were terribly shocked when they saw a 5-feet-long crocodile lying on the porch of the temple on Saturday.

“The panic-stricken devotees called us up and we carried out the rescue operation by tying the crocodile with a rope around its neck and dragging it inside the cage,” said a forest department official from Kodinar range.
The devotees entered the temple premises only after the reptile was rescued. It took the forest department team about half-an-hour to rescue it.
“The crocodile wandered away from the village pond and reached the temple. There are several crocodiles inhabiting water bodies in different villages of Kodinar taluka. Their census is yet to be conducted. Due to poor monsoon and scorching summer, the water bodies are drying up and the reptiles are straying into the villages,” explained the forest department official.

Share to Twitter
In Video:Rajkot: 5-ft-long crocodile found on the porch of a temple in Kodinar village, rescued
https://timesofindia.indiatimes.com/city/rajkot/forest-dept-rescues-croc-from-temple-in-kodinar-village/articleshow/68768941.cms
Posted by GIR & ASIATIC LION at 8:42 AM